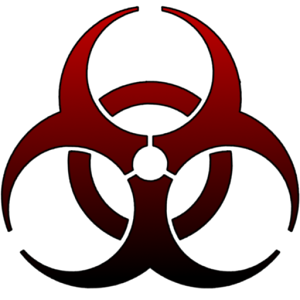 Governments Have Suppressed the Dangers of Epidemics Before, Only Making Things Worse

The mainstream American press has agreed – at the request of the government – not to report on suspected Ebola cases.

In the United States, national and local government and public health authorities badly mishandled the [1918 “Spanish Flu”] epidemic [which killed up to 50 million people worldwide], offering a useful case study.

The context is important. Every country engaged in World War I tried to control public perception. To avoid hurting morale, even in the nonlethal first wave the press in countries fighting in the war did not mention the outbreak. (But Spain was not at war and its press wrote about it, so the pandemic became known as the Spanish flu).

The United States was no different.  In 1917 California Senator Hiram Johnson made the since-famous observation that “The first casualty when war comes is truth.” The U.S. government passed a law that made it punishable by 20 years in jail to “utter, print, write or publish any disloyal, profane, scurrilous, or abusive language about the government of the United States.”

One could go to jail for cursing or criticizing the government, even if what one said was true. A Congressman was jailed. Simultaneously, the government mounted a massive propaganda effort. An architect of that effort said, “Truth and falsehood are arbitrary terms…. There is nothing in experience to tell us that one is always preferable to the other…. The force of an idea lies in its inspirational value. It matters very little if it is true or false” (Vaughn, 1980).

The combination of rigid control and disregard for truth had dangerous consequences. Focusing on the shortest term, local officials almost universally told half-truths or outright lies to avoid damaging morale and the war effort. They were assisted—not challenged—by the press, which although not censored in a technical sense cooperated fully with the government’s propaganda machine.

Routinely, as influenza approached a city or town—one could watch it march from place to place—local officials initially told the public not to worry, that public health officials would prevent the disease from striking them. When influenza first appeared, officials routinely insisted at first it was only ordinary influenza, not the Spanish flu. As the epidemic exploded, officials almost daily assured the public that the worst was over.

This pattern repeated itself again and again. Chicago offers one example: Its public health commissioner said he’d do “nothing to interfere with the morale of the community…. It is our duty to keep the people from fear. Worry kills more people than the epidemic” (Robertson, 1918).

That idea—“Fear kills more than the disease”—became a mantra nationally and in city after city. As Literary Digest, one of the largest circulation periodicals in the country, advised, “Fear is our first enemy” (Van Hartesveldt, 1992).

In Philadelphia, when the public health commissioner closed all schools, houses of worship, theaters, and other public gathering places, one newspaper went so far as to say that this order was “not a public health measure” and reiterated that “there is no cause for panic or alarm.”

But as people heard these reassurances, they could see neighbors, friends, and spouses dying horrible deaths.

In Chicago, the Cook County Hospital mortality rate of all influenza admissions—not just those who developed pneumonia—was 39.8 percent (Keeton and Cusman, 1918). In Philadelphia, bodies remained uncollected in homes for days, until eventually open trucks and even horse-drawn carts were sent down city streets and people were told to bring out the dead. The bodies were stacked without coffins and buried in cemeteries in mass graves dug by steam shovels.

This horrific disconnect between reassurances and reality destroyed the credibility of those in authority. People felt they had no one to turn to, no one to rely on, no one to trust.